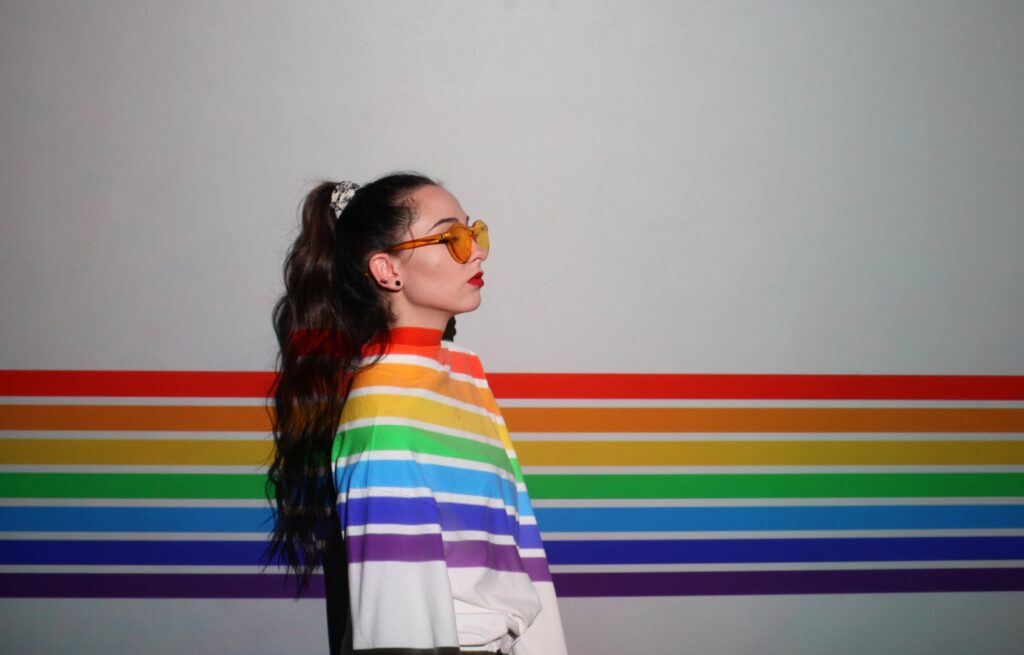 The Perfect Playlist to Celebrate Pride

Come June, Pride events celebrating the triumphs and lives of the LGBTQ community are held near and far, and with that comes a number of things. From parades to community activities to fantastic celebrations, all of which involve some sort of music. With that, we’re here to give way to a playlist that shines a light on LGBTQ artists who have blessed the world with their talents in more ways than one.

From 2020’s ‘The Feeling,’ “Save Myself” is a song that you cannot help but feel inspired by. Since the release of this self-hype song VINCINT has gone on to mesmerize the world with “Be Me” which was featured on the hit Netflix series ‘Queer Eye,’ “Higher” featuring Alex Newell, and “Taste So Good” alongside the likes of MNEK and Hayley Kiyoko.

The Rose “Gimme What I Want”

There is no shortage of vocal talent on ‘RuPaul’s Drag Race’ with each season producing several talented singers but The Rose walked into the Werk Room with that It factor already in place. While there was a slow burn throughout the season, once they got to utilize their vocals in a challenge, Rose broke through and rightfully earned a top 4 placement during season 13. Since then The Rose has dropped a couple of dynamic singles, including “Gimme What I Want.”

Alex the Astronaut “Not Worth Hiding”

Alex the Astronaut has been an artist that I’ve personally loved since the second I heard “Not Worth Hiding” back in 2017 since then the Australian singer-songwriter has played around the world and back again, and has released a pair of albums, and even more EPs but my heart always goes back to this upbeat narrative.

For too long the hip-hop scene has been riddled with less than ideal views, but in recent years artists like Frank Ocean and Lil Nas X have flipped the script. The latter could basically write the book on viral marketing because he went from a Twitter sensation to a chart-topping artist with his debut, “Old Town Road” featuring none other than Billy Ray Cyrus. Since then he has kept people on the edge of their seats, always wanting more. That includes his album, ‘MONTERO,’ which features “INDUSTRY BABY.”

New York City’s Moon Kissed features a number of members who are part of the LGBTQ community, and with 2021’s “Bubblegum” they aimed at the patriarchy. An addicting pop-rock gem, “Bubblegum” is just the tip of their infectious discography that includes “Another Snow Day in Brooklyn” and “Strange Satisfaction.”

Another insanely talented queen from ‘RuPaul’s Drag Race’ is Bob the Drag Queen. The charismatic and hilarious queen made a name for their self in the New York City drag scene, and absolutely dominated the reality competition series’ 8th season. Taking home the crown and coining a catchphrase that is not only the name of Bob’s production company but also an invigorating single.

Tami Hart “Water Under the Bridge”

Tami Hart’s debut dropped over two decades ago and since then they have played in numerous bands here and there. Today we’re featuring “Water Under the Bridge” from their 2022 release, ‘Demos.’ As heartfelt as it is endearing, it’s a song you can truly get lost in.

From their 2022 release, ‘After So Long,’ Simha comes with “Strange Thoughts.” A soulful performance that captures the inner workings of the mind while at the same time giving way to a beautiful artistic expression of sound.

Los Angeles-based Emma Eyz is on the heels of dropping her debut EP, ‘Animus,’ on July 15th. From that, we get the title track that has the heart of an indie track but is suspended in an almost dreamlike haze.

Give it up one more time for a contestant from ‘RuPaul’s Drag Race’ because when Angeria Paris Van Michaels kicked off the 14th season with “Call Me Angie,” the fandom went insane. It was a moment. Now we finally have it to listen to on repeat on our own time with the bonus of Ocean Kelly laying down rhymes.

Pollyanna vocalist Jill Beckett wanted to create a song that reclaimed a word that’s otherwise used as a negative and thus, “SLUT” was born. It’s a great sing-a-long set to a great punk beat. You can find “SLUT” on Pollyanna’s latest, ‘Slime,’ out now.

Claire Gohst, known musically as Paper Citizen, was kicked out of her home for being gay as a teen in Singapore. At 17 she made her way to the US and has carved out a path of her own with a haunting approach to indie rock with her latest, “Goodbye.”

When Ed Sheeran first came out of nowhere in 2011 he did far more than take over the UK with his heartfelt “Lego House.” He

“WHO HURT YOU? (Stripped)” – Benicio Bryant

The problem with advancements in technology is that we never quite know what is real and what isn’t, right? That is especially true of music. Q: I love how catchy “Easy” is! How did the idea for this song come about? PROVENCIAL: I wrote the song about a harsh and

Every generation brings about something new to music, and while we haven’t gotten any new genres from the artists building the current musical landscape as

Taking a chance on a passion is never easy. There will inevitably be pushback from naysayers, doubts that creep up in the back of your